Rosie Huntington-Whiteley had a bridal-esque red-carpet moment at the L.A. premiere of Fast & Furious Presents: Hobbs & Shaw on July 13.

The 32-year-old stepped out in a floor-length white Atelier Versace gown with a thigh-high slit. The figure-hugging dress featured sheer panels that ran down the entire length of one side of the dress.

She kept her styling simple, pairing the statement gown with sparkling sandals and silver hoop earrings. 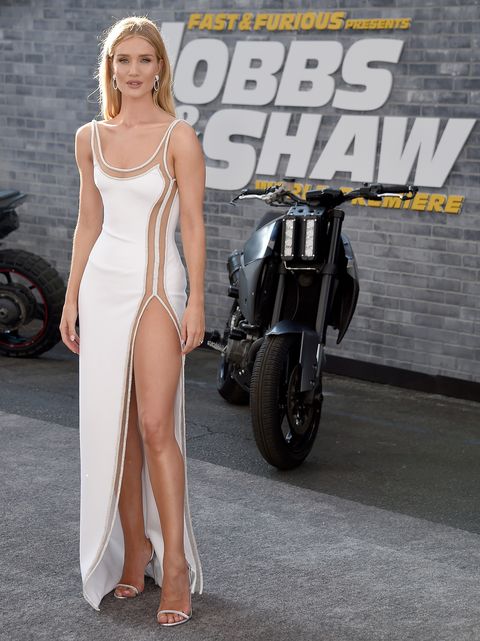 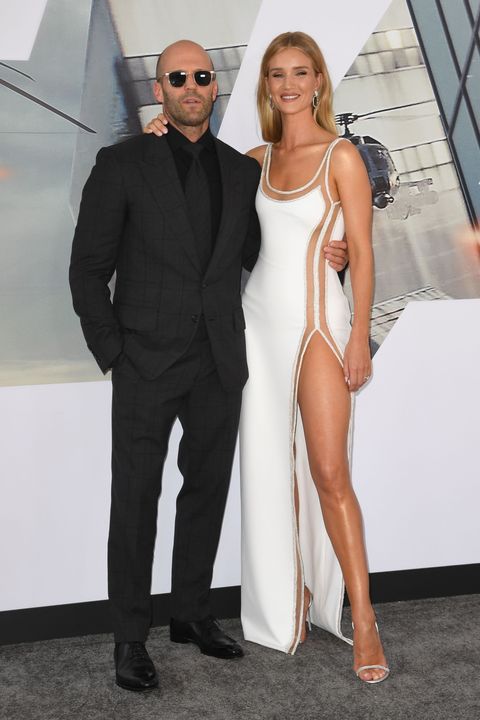 The model was out to support her fiancé, Jason Statham, who stars in the film franchise. This is the ninth Fast and the Furious movie to date. Huntington-Whiteley has previously said that she’s in no rush to marry Statham, who she’s been in a relationship with for 10 years. They welcomed their son, Jack, in June 2017.

“I think the time will come,” she told ExtraTV last year. “We’ve been so focused on our work for so long, and Jack came along. We definitely talk about it, we’re looking forward to that time, it’s also not a huge priority for us, we’re so happy.”

She added that, if they wait a little longer, then Jack, now two, might be able to play a larger role in the day’s celebrations. “I think it will be fun to do it when the baby’s grown up a bit and he can be involved in the wedding.”

Get FREE e-Alerts On The Latest News!